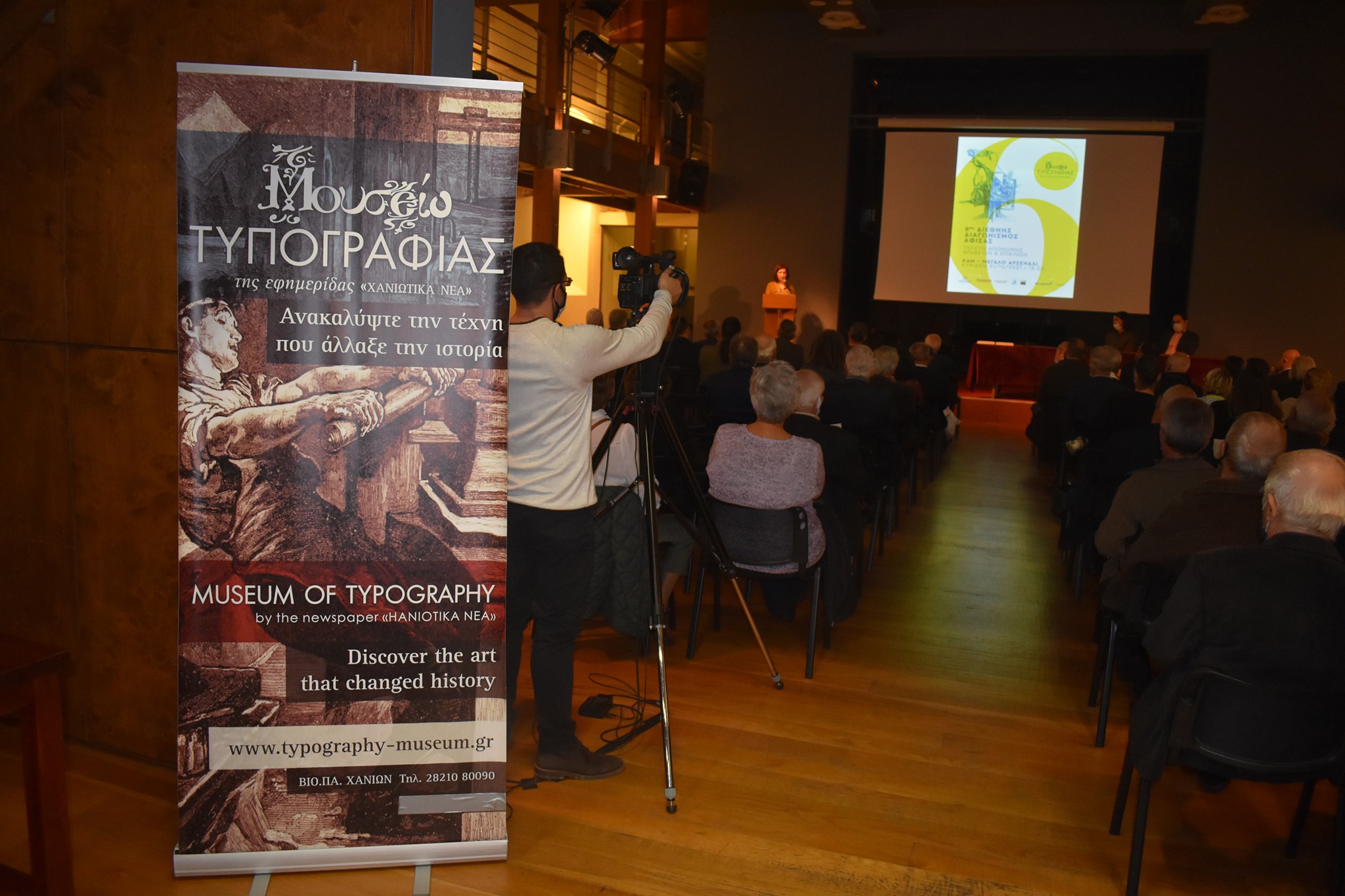 The poster as a mirror that reflects society but also as a imprint of human creativity, emerged at the awards ceremony for the “6th World Poster Contest” of the “Museum of Typography” which took place on Sunday 31 October 2021, at the Center for Mediterranean Architecture, Grand Arsenal, in the Venetian Port of Chania.

He also noted that “many have not realised how important this contest is. Imagine that 628 people from 68 countries took part in the competition, an advertisement for our city “.

In the presentation of the event, the director of the Museum of Typography, Mrs Elia Koumi, commented, among other things, that “we sometimes wonder what it would be like, if our museum could find a more suitable location in the city of Chania. A location where it’s actions, initiatives but mainly his valuable collections would be accessible to a wider audience. We have a unique Museum, an institution with international recognition and a proven cultural offer that strives to be visible in its own city”. 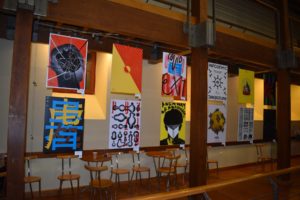 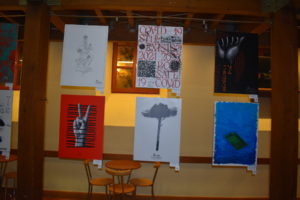 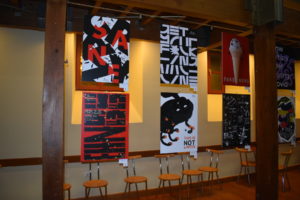 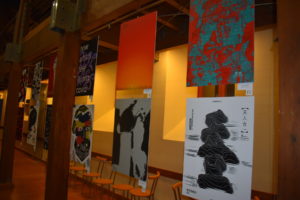 The theme of the contest was free, giving designers the opportunity to express through their poster all that concerns them, highlighting the role of the poster as an imprint of every human activity.

“The pandemic and the vaccination were among the dominating topics, while the environmental crisis and disasters, war and violence against women where the themes that preoccupied many of the participants,” said Ms. Koumi, giving more information about the competition.

The 628 participants of the contest came from literally every corner of the globe: USA, Canada, China, Algeria, Azerbaijan, Portugal, Russia, a total of 68 countries! And the event was attended by participants from Russia, Portugal, Germany and Italy who traveled to Chania to participate in the event. 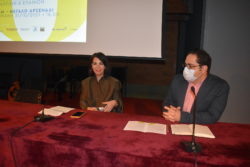 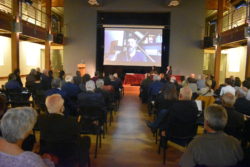 The 3rd member of the jury, Dimitris Papazoglou, visual communication designer, was digitally present at the event.

In the epilogue, the Chairman and founder of the Museum Mr. Giannis Garedakis proposed for the future a graphic design seminar at the Regional Press Institute, with the participation of all the great graphic designers and teachers with whom the museum has developed cooperation. 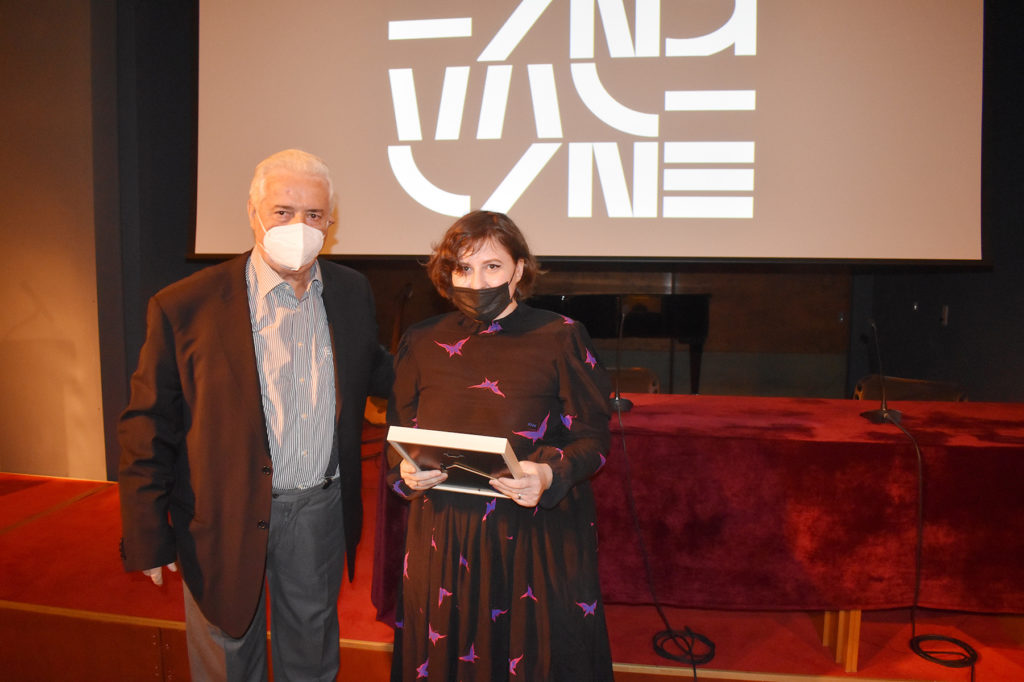 Rina Polichenkova from Russia received the 1st prize (1500 euros), which was awarded to her by the founder of the museum and publisher of “Haniotika nea” newspaper Mr. Giannis Garedakis. Evidently moved, the winner welcomed the audience in Greek and expressed her joy to be in Chania to receive her award. 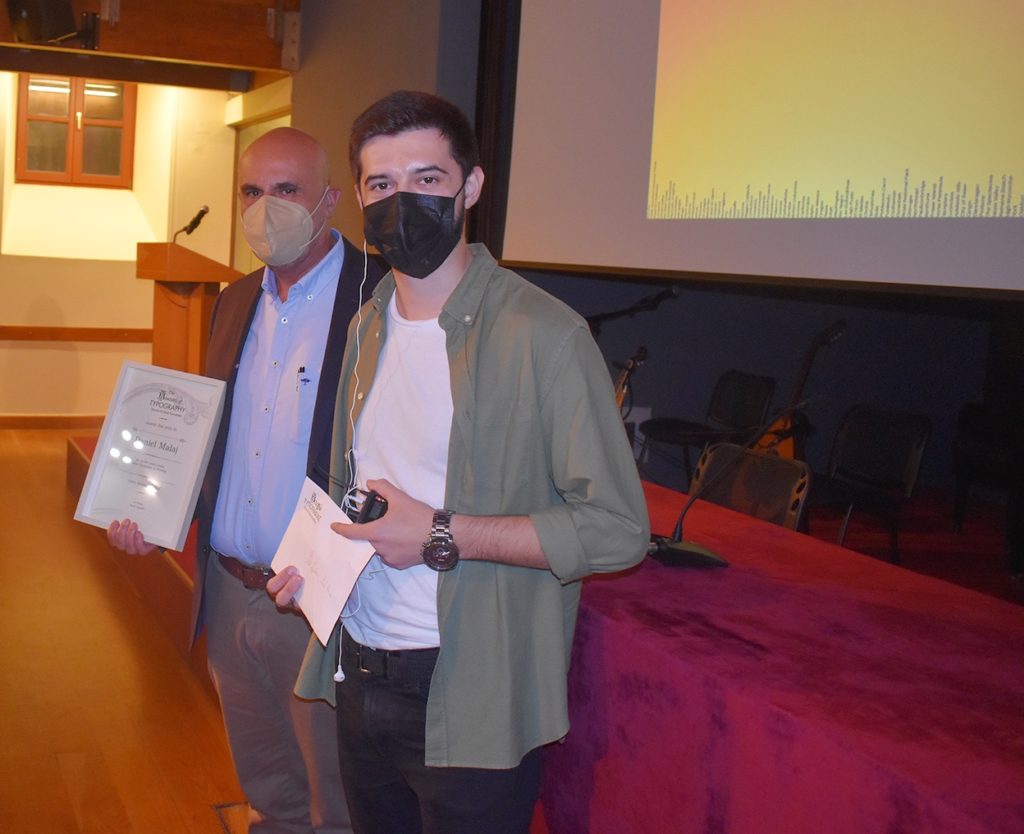 The 2nd prize was won by Daniel Malaj from Italy (1000 euros). The award was given by Mr. Tassos Vamvoukas from the Association of Pharmacists of Chania Prefecture. Mr. Malaj thanked the jury for the honour and the “great opportunity they gave me to participate in this competition”. He then talked about his poster and his main inspiration.

The 3rd prize was awarded to Maria-Loukia Mitrakou from Greece who won the sum of 700 euros. In her videotaped message, she expressed her great joy for her choice. 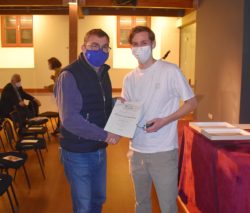 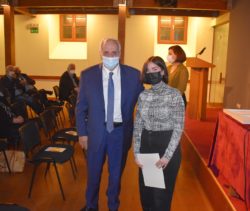 The honorary distinction to Beatriz Teixeira was given by the President of the Municipal Council of Chania, Eftychis Damianakis. 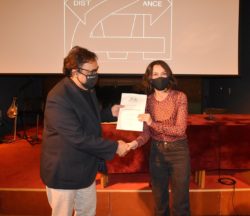 The honorary distinction to Eugenia Kasparidou who lives in Chania, was given by the Deputy Regional Governor Kostas Gyparis.

The event was held with the support of the Greek Ministry of Culture and Sports  and the Municipality of Chania.
Sponsors were Sky Express and the Chania Pharmacists’ Cooperative.

The souvenir given to the participants in the event, a woodcut from the collection of the Museum of Typography, depicting the port of Chania at the end of the 19th century, printed on special paper and in a limited number of copies was an offer of: Future Format and Perrakis Papers. 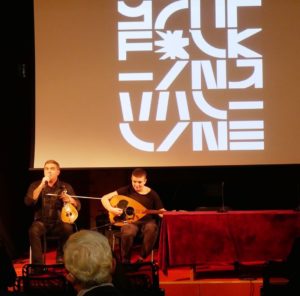 The event ended with Cretan music by Stavros Psaroudakis accompanied by his son.