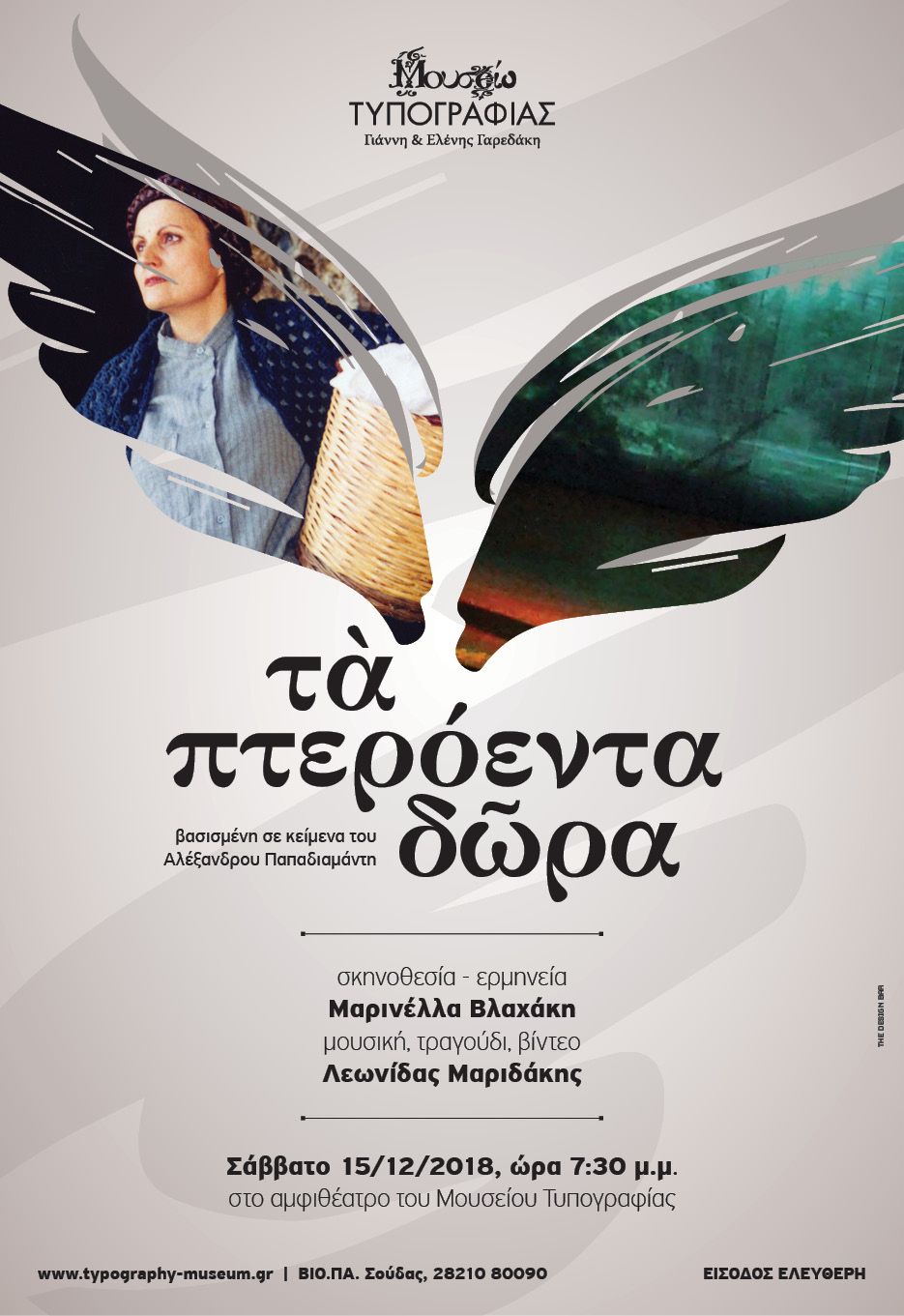 The Museum of Typography presents the theatrical play “Ta pteroenda dora” (The flying gifts), based on texts by Alexandros Papadiamantis (1851 – 1911), on Saturday, December 15, 2018 at 7:30 pm. in it’s hospitable amphitheater, at the Park of Small Industries of Chania, Souda.

The play, directed and performed by Marinella Vlachaki – music, song, video by Leonidas Maridakis, is based on three dramatic short stories of the famous greek writer.

Three stories with a Christmas background, that illuminate aspects of human existence as people struggle to survive sometimes against the fury of nature, sometimes against unfulfilled desires, and sometimes are condemned by their own passions.

Through the speech of the “saint of the Greek letters”, Alexandros Papadiamantis, the audience of the play travels to the long-time passions of the people. The play will be performed using the original language of the texts, “katharevousa” (a “purist” written language heavily influenced by ancient Greek), official language of Greece during the period of the writer’s life.

The museum will be open from 6:30 pm. for those who want to tour its collections.

Admission to the public will be free.