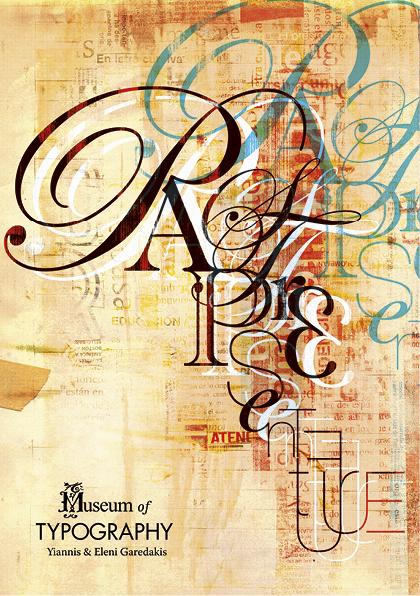 A Poster exhibition on the theme “Typography: Past, Present and Future” is organized by the Museum of Typography founded by Yannis and Eleni Garedakis, in Patras, in collaboration with the Archaeological Museum of Patras from 8 to 21 June 2019.

The opening of the exhibition will take place on Saturday the 8th of June at 8 pm at the Archaeological Museum of Patras. At that time, the museum’s amphitheatre will feature a video with the history and activities of the Museum of Typography.

The exhibition takes place in the framework of the 7th International Conference on Typography and Visual Communication (ICTVC) and is curated by Antonis K. Papantonopoulos, a lithographer and typographer, collaborator of the Museum of Typography.

The exhibition features 54 works selected from the four International Poster Competitions organized by the Museum of Typography, with entries from all over the world. These competitions aim at linking Typography and its history with the present and the future of visual communication.

The Museum of Typography in Chania is the first of its kind in Greece. It has been operating since 2005 and it consists the life vision of its founder, Yannis Garedakis, who, with the support of his wife Eleni, has been collecting machinery and other exhibits that mark the evolution of European typography, for over three decades.

The Museum is developed in two large wings and three separate rooms covering an area of approximately 1,200 sq.m. In its collections, visitors can see original 19th-century printing presses, automatic presses from the early 20th century, type cases and machines of mechanical composition (linotype and monotype) and use some of them.

Rare books, newspapers and engravings link typography to the turbulent history of Crete while the permanent art exhibition “History of Writing and Graphic Arts” by Antonis Papantonopoulos travels visitors to every form of human communication.

The names of the participants are: